After their trips to Angola the Powell-Cotton sisters gave or sold (for nominal sums) parts of their collection to other museums in the UK and Europe. As a result of this we know that objects associated with Tchiliwandele exist in other museum collections.
In the British Museum records Tchiliwandele appears as a 'location?' but by looking at the Powell-Cotton archive we know that he was a person. Diana and Toni often used the name of the person who was hosting them to denote where they acquired the collection, reflecting practice in the region (see, for example, the Catalogue Card for ETH.ANG 3.504). 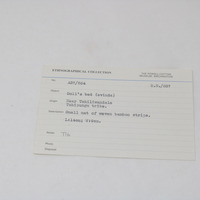 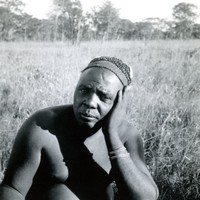