Physical Description: A globe-shaped basket made of plaited grass. The weave is spirally bound with 8 vertical band decorations from the base to the middle and 8 vertical smaller bands from rim to middle. Spherical with slightly flattened base.
Contextual Description: 02:13:16 He says they were not very common Transcription by KL of MAC_BB_20190817_RPM3 SL Interview with Tshupo Ntono, Village Elder, Language: Setswana with English translations by SL, 2019 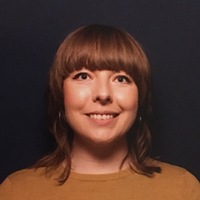 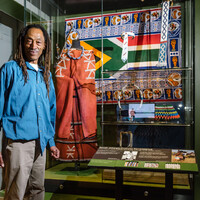 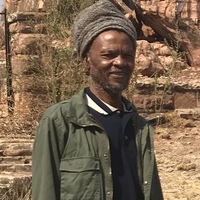 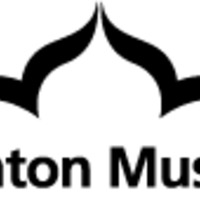