Fergus Nicoll is a journalist and author, currently presenting Business Matters on the BBC World Service. Where he has substantially contributed to entries on this archive you will see the identifier FN.
Fergus is also an experienced researcher and historian with a PhD from the University of Reading. He has published a biography of the Mahdi of Sudan called The Sword of the Prophet: The Mahdi of Sudan and the Death of General Gordon (2004). Other publications include An Index to the Complete Works of al-Imam al-Mahdi (2009), Bibliography of the Mahdia (2010) and Gladstone, Gordon. In 2014, Fergus produced the first in a series of annotated editions of important primary sources relating to the Sudan wars: A Cool, Equable Judgement: The Sudan Journal of Lt.-Col. J. Donald Hamill-Stewart. This was followed up in 2017 with : A Perfect Pandemonium: The Khartoum Journal of Major-General Charles Gordon and in 2018, by: Fully Equal to the Occasion: Frank Power and the Siege of Khartoum.
Fergus works as a consultant for the Making African Connections project, researching the collection of the Royal Engineers museum, creating content for the online archive and co-curating an exhibition which was due to open in July 2020. 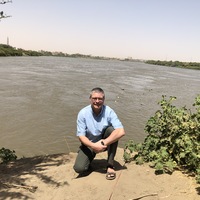 Research trip to Sudan (March 2020)
Flags of the Mahdiyya
The jibba: clothing for Sufi and soldier
The rātib
A note on the term anṣār
'The Origins, Development and Use of Banners During the Mahdia', 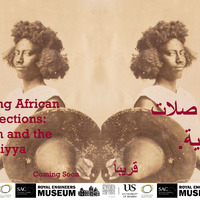